UC Riverside By The Numbers

At UC Riverside, we know we have something special. And that is being recognized increasingly across the nation and around the world as UCR climbs in college rankings.

We’re proud to be ranked No. 12 among all U.S. universities, according to Money Magazine’s 2019 rankings, and among the top 1 percent of universities worldwide, according to the Center for World University rankings. Each of the last three years, U.S. News & World Report named UCR the top university in the nation for social mobility.

Our reputation stems from our commitment to continually create something better. As a land-grant university with an enviable Southern California location, and distinguished faculty and academics who pursue path-breaking research, we are generating visionary and practical solutions to some of the world’s most challenging issues.

Here you’ll find world-class genetics experts who are leading the global fight against mosquito-borne illness, as well as the nation’s largest indoor atmospheric test chamber — rendering us a leader in air pollution and alternative fuels research.

As a member of the University Innovation Alliance, UCR is committed to improving the success of low-income, first-generation students, as well as students of color.  In fact, of our more than 26,000 students, more than half are first generation, and we enroll more students who receive Pell Grants than nearly every university in the country — and more than the entire Ivy League combined.

Off campus, we’re investing in the tomorrows of our neighbors who reside in and around the Riverside community. UCR medical students train in hospitals across Inland Southern California, while UCR Health, an affiliate of our School of Medicine, rapidly expands access to health care across the region.

At UCR Extension, we’re providing lifelong learning opportunities and professional certificate programs to tens of thousands of students each year. UCR Palm Desert, which opened in 2005, extends our reach specifically to the Coachella Valley, and offers a Master of Fine Arts degree, continuing education courses, and a Future Physician Leaders program.

UC Riverside has received recognition in many national
and international rankings:

•    The No. 1 university in the United States for social mobility three years in a row. – U.S. News & World Report
•    No. 1 for Hispanic enrollment among selective universities. – Urban Institute
•    No. 2 in the country for financial aid. – Business Insider 2019
•    Top 10 colleges that pay off the most in big cities. – CNBC
•    One of the nation's top 12 public universities. – Forbes "America's Best Value Colleges"
•    UCR School of Medicine ranks No. 6 in the country for diversity. – U.S. News
•    No. 4 in the country for social mobility. – Education Reform Now
•    Top 1 percent of universities worldwide. – Center for World University Rankings
•    No. 26 most innovative university in the country. – U.S. News
•    No. 28 among public universities. – Washington Monthly
•    One of the Top 30 public institutions contributing to the public good. – Washington Monthly
•    No. 2 in Entomology research in the world – Center for World University Rankings
•    One of America’s best value colleges. – Princeton Review
•    No. 3 in Hispanic STEM graduates in the nation. – National Science Foundation
•    No. 26 in the world in plant and animal sciences. – U.S. News & World Report
•    No. 16 greenest public university in the nation. – Princeton Review
•    No. 20 among the Most Affordable Colleges in America. – Best Value Schools 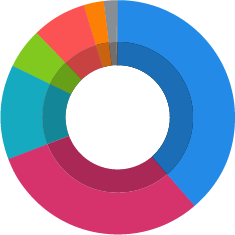 As the only public research university in Inland Southern California, UC Riverside is on the leading edge of pioneering research that has both a local and global impact. The work we do to educate our future leaders and address the challenges we face today fuels positive economic growth here in Southern California and beyond.

Learn more about our campus and how we are making a positive difference in our communities and world.

From its economic impact to its role in the community to the influence it casts on the future, UC Riverside has a significant positive impact on California that extends far beyond campus.

UCR is one of the ten campuses of the University of California system. We are dedicated to the fundamental missions of teaching, research, and public service.

The source of official statistics for the university related to students, faculty, and staff.